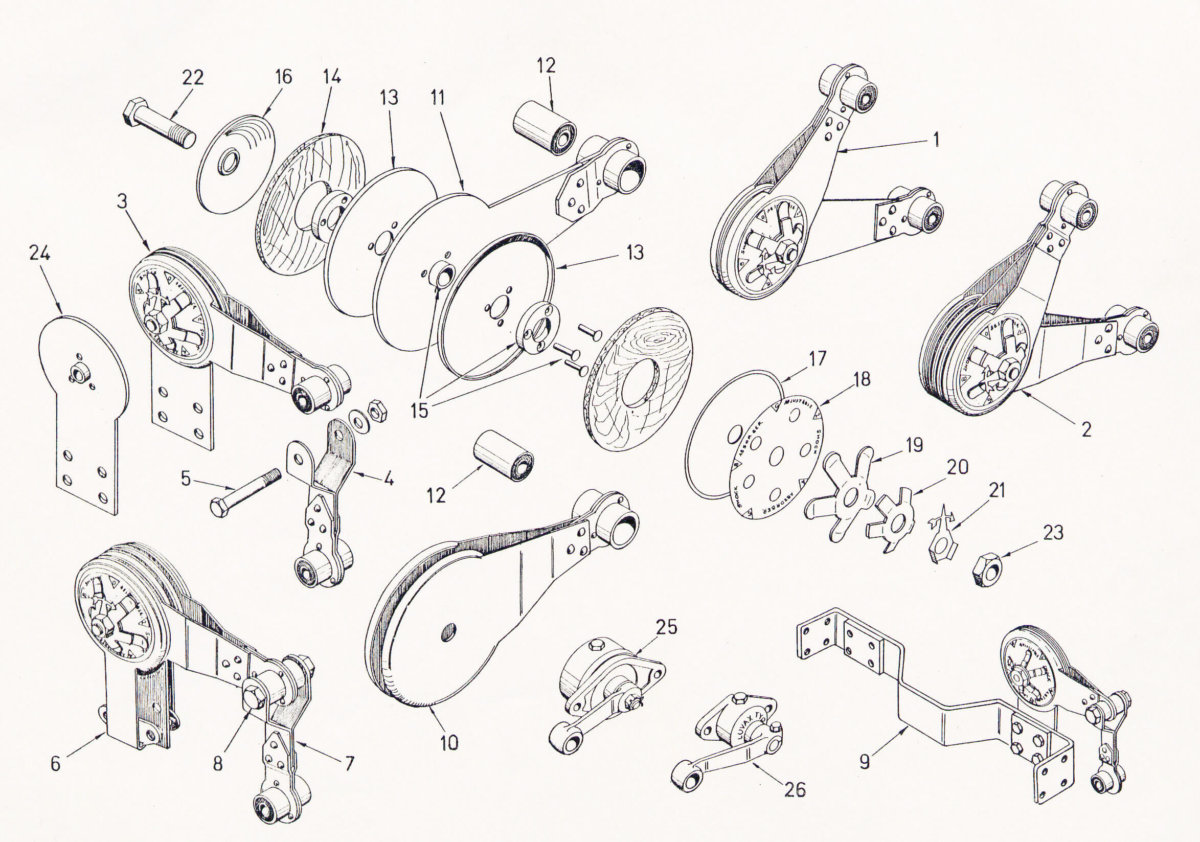 The later pattern type 506 shock absorber (post 1935) does not have rounded edge arms or rivetted bushed ends. The brass cups are not rivetted to the inside arms but are set between two wooden friction discs located by a centre hub bush. There are 2 brass cups per single plate unit and 4 friction discs of half the thickness used in the early types (described earlier.). The Duplex later type had 4 brass cups and 8 friction discs.

The application to MG of t he late series type was:

(Many owners prefer the rounded lines of the early pattern and they can be fitted to models originally using the later style, without any ill effects.).

Whilst we do not list the breakdown of the later pattern type 506, or the 3 1/2″ type 502 series, both complete shock absorbers and all individual parts are readily available.